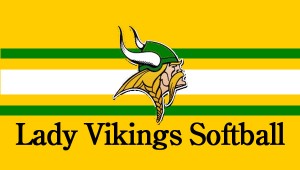 Despite the inclement weather Rowan County Softball practices have begun and preparations for the season are under way.  Head Coach Larry Slone has solidified the 2015 Season schedule which includes a full slate of 36 regular season games.

The team will host the Rowan County Invitational Tournament on March 20 and 21.  Those games will be played at Lady Viking Field and the fields at Zane Collins Community Park.

During the 2015 campaign, the Lady VIkings will have two overnight trips.  On April 10 and 11 the squad hits the road to play a series of games in Paintsville and Louisa, KY.  The team also travels to London, KY to compete in the Kentucky Prep 5 Star Classic Tournament at North Laurel High School on April 17 and 18.  According Coach Slone “both in our tournament and the North Laurel Tournament, we can expect to face some excellent competition.”

Senior Night is scheduled to for April 30 when the team hosts the Lady Musketeers of Greenup County.

Slone stated “the 2015 season will be a very challenging and exciting season for our team. The coaching staff is looking forward to the challenge of the schedule and the challenge of developing this team into a competitive force in the 16th Region.”

The schedule is subject to change due to inclement weather.