The Vikings were able to pull off back to back Elite 8 finishes for the first time in school history! The team made it to the Elite 8 after winning the 16th Region Title on a dramatic goal by Larry “the Legend” Whelan, assisted by Jake Eldridge, in double overtime against Russell.  This is a team that had overcome much adversity throughout the season, dealing with many injuries.  The Vikings kept battling and were able to meet the goal they had set. The team tied the school record for wins again this season, winning 18 and only losing 8. 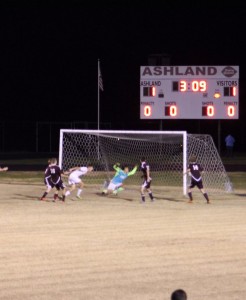 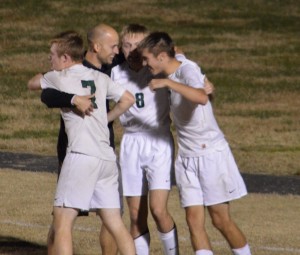 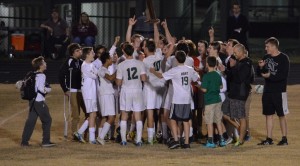 The 1st round of the State Tournament the Vikings faced Pikeville, from the 15th region. The boys played very well and were able to come away with a 7-2 win.  Adam Duff, Kyland Carreon, and Larry Whelan finished with 2 goals a piece.  Freshman Ryan Mullen added a goal late in the 2nd half.  The defense held strong for most of the game. 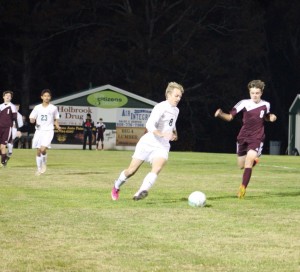 In the Elite 8 the Vikings faced the #1 ranked team in the state and defending state champs, Bowling Green.  The Vikings battled the entire game but fell short to the defending champs 7-1.  The Vikings goal came from Jake Eldridge, who finished a nice cross off from Larry Whelan.  Senior Adam Duff was rewarded for his defensive effort and play in the tournament and was name to the All State Tournament team. 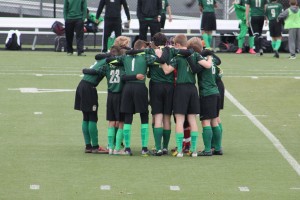 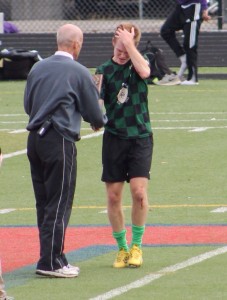 The Vikings look to continue their winning ways in 2016!  The team will be returning 9 of the 12 players that played in the regional championship game.  The freshman class was great this year, with 2 or 3 starting all year. The future is bright for this group of young men!!