The RCSHS tennis teams improved their season records and hosted the Second Rowan County Invitational Tournament while fighting the rain and wind of the Spring Season. The Rowan County Lady Vikings were able to improve their team record to 3 wins and 2 losses after losing to Montgomery County 3-8 and winning against Lewis County

The Lady Viking Tennis Team opened their 2016 Tennis Season with two wins and one loss during the first week of play. The players began at home on March 14 against Greenup County, winning 2-1.  Wednesday, the West Carter Comets traveled to Rowan and the Lady Vikings were victorious 6-1.   Thursday, March 17th the girls’ 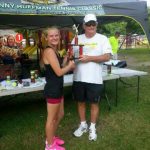 During late spring and Summer a number of the Viking tennis team have been working hard to improve their game by playing in various tournaments throughout Eastern Kentucky. Tournaments played in by team members include Grayson, Prestonsburg, Whitesburg, and Hindman. Team members include Baylie Sloan, Jacob Sergent, Jacob Barber, Braiden Thacker, and Bryce Kidd. Results 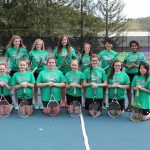 Despite the rainy spring weather the Lady Vikings tennis team was able to compete in 16 varsity matches and three tournaments before Regional Tournament play rolled around this season.  Strong senior leadership from Bridget Kim, Maggie Quesinberry and Jessica Johnson, along with the improved and steady play of freshman Baylie Sloan contributed to a 6 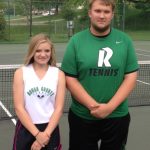 Congratulations to Bryce Kidd and Baylie Sloan for making the All-Area Tennis  Team.

The boys tennis team is off to a great start with a record of 8-3. With wins over Morgan, Rose Hill, West Carter, Lewis, and Fairview. Included in a great season so far was a good showing at the first “Viking Invitational Tournament”. On April 11th the boys took on teams from three other schools 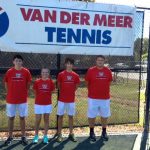 Over the fall break 5 members (Jacob Sergent, Kaleb Sergent, Bryce Kidd, Braiden Thacker and Baylie Sloan) of the Rowan County Viking Tennis Team traveled to Hilton Head South Carolina to train at the world famous Van der Meer Tennis Academy. While there they were given the opportunity to watch some outstanding tennis up close, 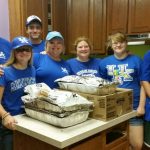 The Rowan County Tennis Teams and Boosters spent last weekend working concession stands at UK Sporting events. Once the events were over they took the leftover food to a local homeless shelter.

The 3rd annual Viking Challenge Tennis Tournament was a huge success. There were more than 60 entries from Kentucky, West Virginia and Virginia.  Rowan County was very successful.   Thacker is Queen of the Court. Kate Thacker won women’s A singles, partnered with Shelia Barber to earn runner up in women’s A doubles and partnered 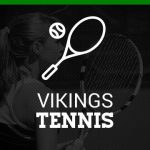